The Aledo ISD launched a new character education program called Positivity Project - or P2 - in late November. In tandem with this program launch, the district is excited to recognize the good character on display by the great students across all of Aledo ISD, honoring these students as Bearcats of Character.

The Aledo ISD Board of Trustees recognized the first-ever Bearcats of Character students at the December regular board meeting for the character strengths connectedness and belonging. Each campus in the district selected an individual who is skilled and versed at helping other students to feel connected and like they belong. 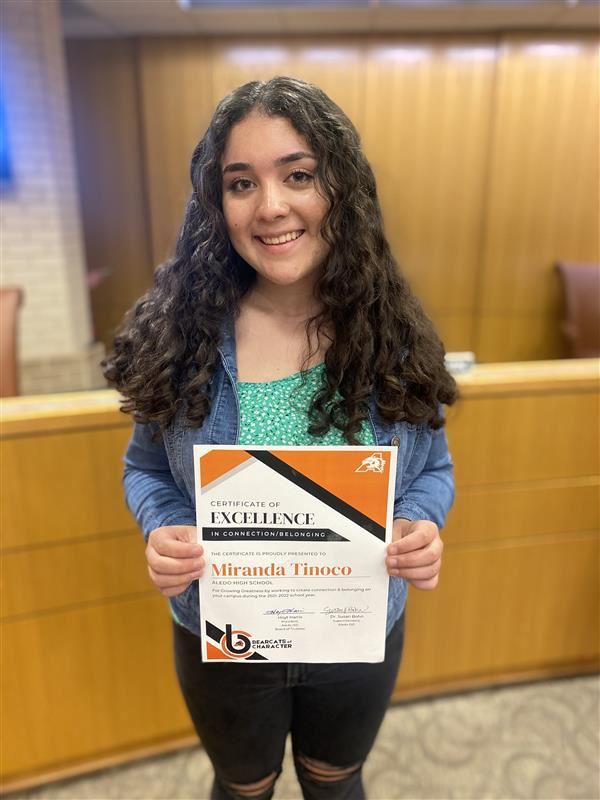 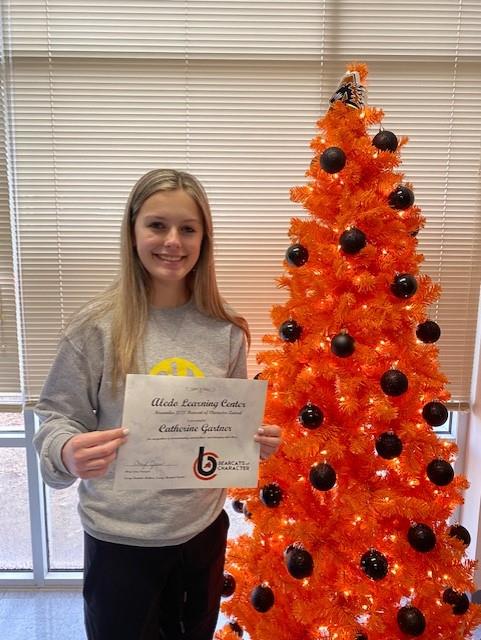 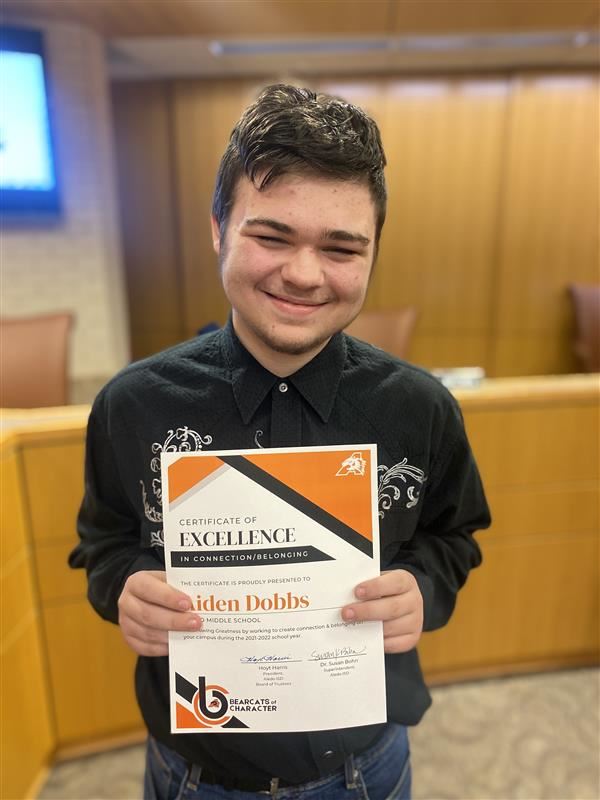 “Selfless is a term the embodies Miranda perfectly. She seeks opportunities to help anyone in any way.  As a member of every service-oriented leadership program on campus, Miranda spends her time trying to make the world a better place. She isn’t waiting until adulthood to be the change she wants to see in the world, Miranda makes a difference each and every day with every person she sees!”

“Cate always makes other students feel included in conversations and is careful not to leave any one out. Her focus on other people extends to her interactions with staff as well as other students. Cate really makes people feel valued and seen!”

“Marin goes out of her way to connect students with each other and with the support they need. Once Marin noticed a student who was in distress in the restroom. She engaged the student in conversation and then walked with her to introduce her to the counselor. When they arrived to the office, they learned that Mrs. Fernihough was unavailable at that time, so Marin waited with the student in the counseling office. While waiting, Marin continued to talk to the student and provide encouragement. When Mrs. Fernihough arrived, Marin introduced the student and shared that they had just met in the restroom. Since this event, Marin has befriended the student. This is not an isolated incident, as Marin is always aware of those around her – especially those who are in need of a friendly smile or conversation. Even though Marin herself is new to AISD, she has become one who looks for ways to include everyone and helps others find a sense of belonging.”

“Aiden creates a culture of belonging at AMS by proactively acknowledging every student as they leave campus every day. He stands at the door and fist bumps every single child and tells them to have a good day. This has become something that kids look forward to and have begun to expect. Aiden has even gone as far as getting a substitute fist bumper when he is not at school or when he has to leave early.”

“Asher noticed that students were spending a lot of time on their phones and computers and not talking to each other while in the gym after school waiting for their buses. He had bought a few candy bars from the choir fundraiser and gave them to students sitting around him. He immediately noticed that doing this made them smile and they started interacting with each other instead of just playing games on their devices. He then decided to use $70 dollars of his own money (that he earned by doing chores at home and in the neighborhood) to buy more candy bars to pass out. Over a few days, he passed out all of the candy bars to students he noticed were sitting alone or not talking to anyone. Passing out the candy bars gave him a chance to talk and interact with students who he did not know and create a feeling of happiness and camaraderie amongst the students who were waiting for their buses. The staff at McAnally is so proud of Asher for his awareness of how technology was hindering interaction amongst students and his initiative in going above and beyond to make connections with others.” 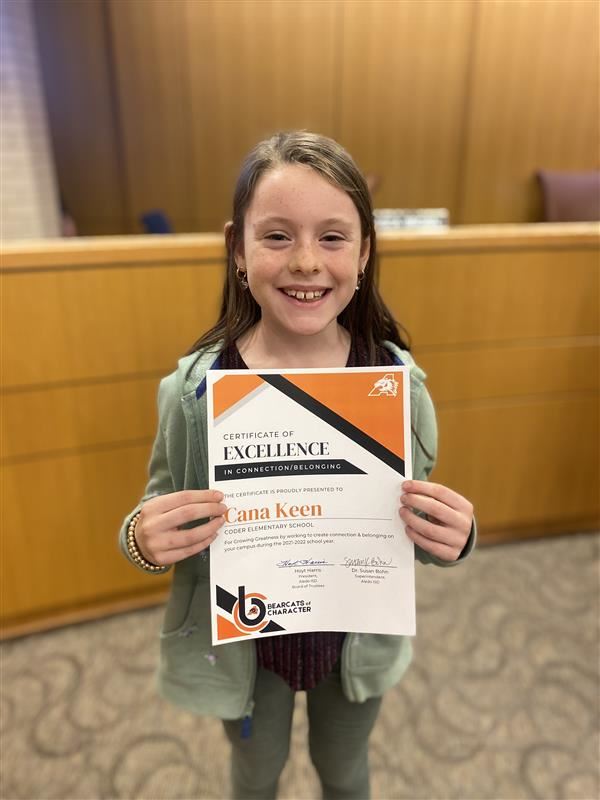 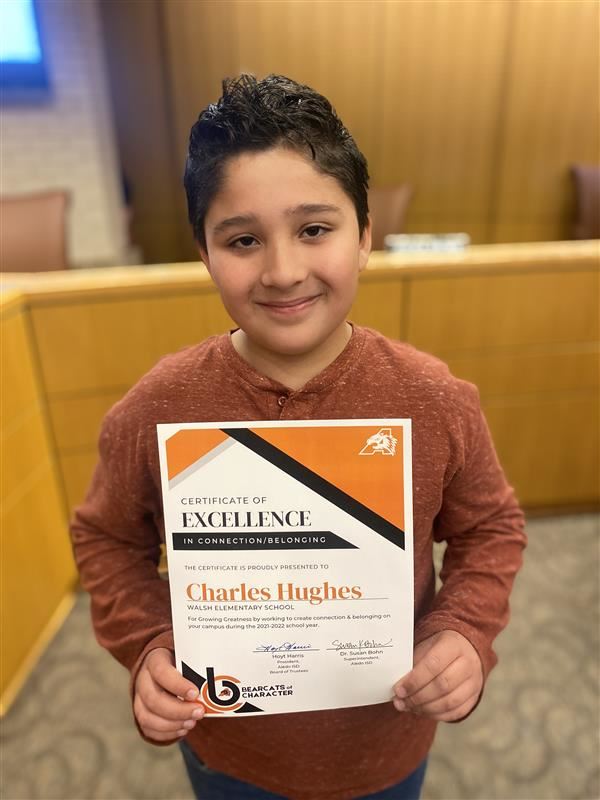 “Tyson always includes others, helps them out when needed, and is always respectful. Tyson has the kindest heart and it shows by how he treats all his classmates. He is loved by everyone because he is a great friend to ALL!”

“Cana is always kind to other students and willing to work with anyone in class. She regularly sits by different students in the cafeteria and is described by others as helpful, kind, inclusive, and respectful.”

“Weston always goes out of his way to include other students who may not always be included by others. Recently, he was caught calling out to a student across the cafeteria at breakfast to invite the student to sit with him – which was a huge win for the child he invited!

Way to be aware of the needs of others and do your part to make them all feel like they belong!”

“Axel always comes into school in the morning with a great attitude and a smile on his face. He is keenly observant and always eager to offer help to others without being asked.”

“Charles is always looking out for any students who may need a little extra encouragement or support. When he sees a fellow student struggling, he is the first to jump up and lend a hand. He will always make sure that every voice is heard.”