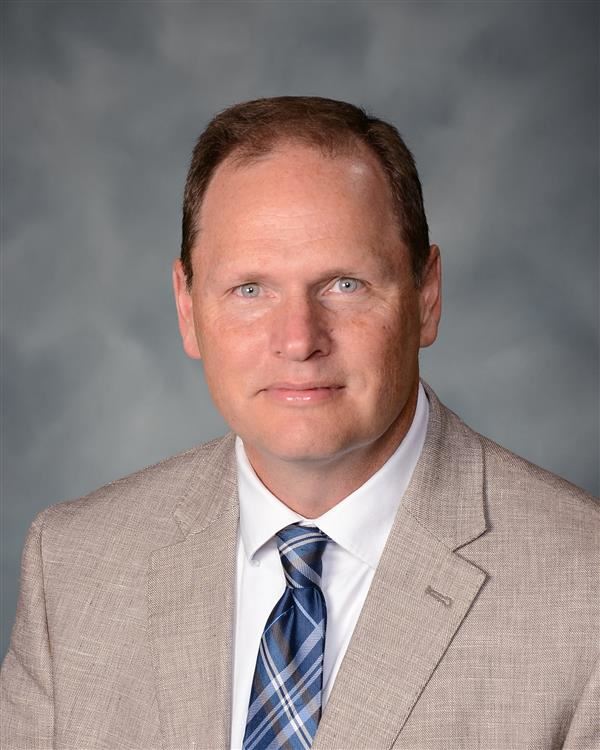 Joey Paul has been the Director of Bands of Aledo ISD since 1998.  Previously, Mr. Paul was the middle school director at Aledo Middle School for five years.   Mr. Paul attended Texas Tech University in Lubbock, TX where he studied trumpet with Willie Strieder and received a Bachelor of Music Education.  He received a Master of Education from TCU in Fort Worth, TX.  In 2008, Mr. Paul received the Aledo ISD Secondary Teacher of the Year at the Marva Collins Teacher Ceremony and was inducted into the Phi Beta Mu International School Bandmaster Fraternity in 2011.  In 2013, Mr. Paul was selected as a top 10 A+ Educator by Fort Worth Texas Magazine and received the Bayard H. Friedman Hero Award from the School Incentive Program “Score A Goal in the Classroom”.  Mr. Paul was recently chosen as a nationally recognized Conn Selmer VIP candidate.

In his current position at Aledo High School, Mr. Paul conducts the Bearcat Regiment Marching Band, Wind Ensemble, Wind Band, and Jazz 2 as well as coordinates the entire program grades 6-12.  Since 1993, the Aledo Band program has grown from 150 to 600 students (grades 6-12).  The Aledo HS Wind Ensemble is a consistent sweepstakes award winner at UIL and invitational festivals. In 1999, the marching band was invited to perform at Texas Governor George Bush’s Inauguration Parade in Austin, TX.  The Bearcat Regiment marching has been a UIL State Finalist Marching Band in 2000, 2005, 2007, 2011, 2015, and 2017 as well as a Bands of America class champion multiple times over the last decade.   The AHS Wind Ensemble has advanced to the Texas Music Educators Association’s State Honor Band 4 times under his direction in 2003, 2007, 2013, and 2015. The Wind Ensemble was selected as a National Winner in the Mark of Excellence/National Wind Band Honors Project in 2014, 2015, and 2017. In 2015, the Aledo HS Wind Ensemble was named the 5A TMEA State Honor Band.  Aledo High School recognized Mr. Paul as a teacher of the month in the 2017-18 school year. The Aledo Band Boosters recognized Mr. Paul's 25 years of service to the Aledo ISD by having a piece commissioned entitled "What Greater Calling" by Willie Owens which was world premiered on May 18, 2018, at Aledo High School's 15th Anniversary of Night at the Pops.

Approximately 100 UIL Sweepstakes from grades 7-12 (concert and marching bands) have been earned since 1993.  Students in the AHS band program have also experienced great success in TMEA All-Region, Area, and All-State Bands.  A record 140 students advanced to the UIL State Solo and Contest in 2013.

Mr. Paul and his wife Karen established the Tri-M Music Honor Society Chapter through the National Association for Music Education at AHS in 2003.  Since its existence, it has grown from a dozen students to over 100 students.  The main purpose of this organization is to provide student leadership training, provide a service to all Aledo ISD music programs, and to promote music in the Aledo community and surrounding areas.

Mr. Paul is married to Karen Paul (a choir music educator for Aledo ISD).  They reside in Crowley, TX with their four dogs and four children Gustin, Tyler, Alyssa, and Noella. When Mr. Paul is not in the band hall, he enjoys camping and spending time with his family.

“Competition….Not to defeat an opponent or to win a prize,

but to pace one another on the road to excellence.”